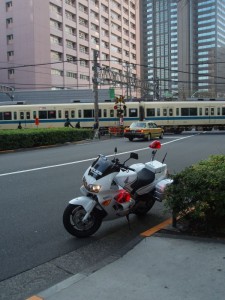 Photo courtesy of Saw You On The Flipside

For some people, travel is an unpleasant necessity. They travel to meet clients or commute. For other people, travel is a joy and the reason that they work. They save up money for vacations and sight seeing. Whether you’re in a hurry to get home or if you’re taking the chance to satisfy your wanderlust, there are plenty of opportunities to add some green to your itinerary.

From hiking boots to luxury jets, we have more transportation options today than ever before. Most travelers weigh these options based on comfort, price, and time. Yet an increasing number of adventurers and businesswomen are factoring in the environmental impact before they buy tickets.

When choosing transportation with a small carbon footprint, it’s important to compare apples to apples. One way to compare the environmental impact is using passenger miles. Passenger miles are calculated by taking the total fuel consumed and dividing by the number of passengers. For example, consider a car that gets 40 miles per gallon. If the driver is the only person in the car, then the driver is responsible for 19.4 pounds of CO2 for every 40 miles driven or 0.485 pounds per mile (19.4 / 40).

If we add a passenger with heavy bags, the car’s MPG will decrease slightly to about 39 MPG, but the amount of carbon dioxide generated will stay roughly the same. That footprint is spread out over 2 people instead of one. (19.4 / 2) / 39 = 0.249 pounds per mile. This is because so much of the energy used in moving a car is used to move the car itself.

In short, vehicles that travel full are more fuel efficient than empty vehicles, and passenger load can greatly affect the pollution produced per person. While trains are often more carbon efficient than buses, a fully loaded passenger bus may even be more efficient than a train. Then again, rail systems in some countries have the edge.

The most common way to compare different fuel sources is to use Miles Per Gallon equivalence (MPGe), but some fuel sources are dirtier than others. For example, generating 100,000 British Thermal Units (BTU) from coal will produce about 42 lbs of CO2, while natural gas will produce the same amount of energy while emitting about 14 lbs of CO2. So, a coal powered train may be more energy efficient than a natural gas powered bus, but it would produce more pollution to travel the same distance. Hard numbers for this “pollution efficiency” are difficult to pin down.

And that’s not all… some situations can magnify the effect of emissions. For example, pollution from airplanes is released in the upper atmosphere. Carbon dioxide, nitrogen oxide, water vapor and other byproducts behave differently in the upper atmosphere than they do at ground level, multiplying their effects. For more information on this subject, look at how various scientists calculate the radiative forcing factor. As a rule of thumb, each pound of airplane emissions is about 2.8 times worse than emissions from other forms of transportation.

From lowest impact to highest impact, here is a rough guide to transportation options (including some data from the US Department of Energy Transportation Energy Data Book and manufacturer’s sites):

Are there any transportation methods that I’m missing? It’s hard to quantify the MPGe for a hang glider, sailboat, submarine, electric pogo stick, or jet pack, but if you have the scoop on how to rank an unusual form of locomotion, please drop a note in the comments at the bottom of this page.

So, how can you use this list? Before you book a trip or reserve a hotel room, make sure to check out all of the options that are available. Instead of flying cross country, do you have time to take the train? Instead of staying at a hotel across town from a conference, can you find a hotel within walking distance and skip the rental car?

Often, the green choice will yield a more pleasant trip and save money at the same time!